MUMBAI: The city’s upper middle class and wealthy may adhere to a healthy lifestyle with plenty of exercise, but our attempt to seek cover from the harsh gaze of the tropical sun has put us at risk.

Most Mumbaikars working in air-conditioned offices are lacking in vital Vitamin D, the benefits of which range from strengthening bones and teeth to preventing diabetes, cancer and cardiac problems. The sun’s rays are a major source of Vitamin D.

A study conducted by doctors at P D Hinduja Hospital at Mahim found that 77.5% of 561 males and 72.68 % of 443 females, who had come to the hospital for routine health checkups, were deficient in Vitamin D. Men and women in the 40-60 age group appeared to be the most vulnerable, said doctors.

Of the 1,004 healthy men and women tested, 75% had a deficiency with less than 20 nanograms (ng) of Vitamin D per milli litre of blood. Another 20% had “insufficient” levels of Vitamin D. Only 2.4% men and 5.4 % women tested had adequate levels of vitamin D in their blood, which is more than 40ng/ml.

Doctors say this is a worrisome trend and call it an “underlying epidemic” .

NOT ENOUGH OF THE SUNSHINE VITAMIN

Though the major source of Vitamin D is sunlight, it’s also found in food items like raw milk and cod liver oil It maintains normal calcium and phosphorous levels in the blood, which are needed for strong bones & teeth Apart from brittle bones and teeth, recent studies have also found a correlation between Vitamin D deficiency and Type-I diabetes, and cancer A study conducted by Hinduja Hospital doctors found that Mumbaikars suffer from a massive Vitamin D deficiency. Only 2.4% of 561 males tested and 5.4% of 443 females had healthy levels of Vitamin D Of the 561 men tested, 435 showed deficiency (less than 20 nanogram per millilitre), while 112 had insufficent amounts of Vit D (between 21-40 ng/ml). Of the 443 women tested, only 24 showed sufficiency (above 40ng/ml)

Mumbai: On one hand scientists warn us of the sun’s harmful UV rays. On the other hand, these rays are a vital source of essential Vitamin D, which is often called the sunshine vitamin. When doctors at Hinduja Hospital in Mahim tested people who had come for routine medical checkups, they found that an overwhelming majority—75 % of 1,004 people—were seriously deficient in Vitamin D. All the people hailed from upper middleclass and wealthy families.

The sunshine vitamin is not only required for healthy bones and a strong skeletal structure, emerging studies have linked deficiencies to diseases like diabetes and cancer, cardiacrelated ailments, neuromuscular disorders and even abnormal brain functions.

Yet the deficiency of vitamin D remains unexplained in a city like Mumbai where sunlight is found in abundance. Doctors blame it on urbanization and lifestyle. Dr Vipla Puri, consultant, laboratory medicine , P D Hinduja Hospital said: “Almost all people who hail from higher-income groups work indoors and step out only after the sun sets. It is taking a huge toll, silently.” Her department had collected the data for the study over the last three months.

According to Dr Sudhindra Kulkarni endocrinologist at Fortis Hospital, Mulund, the deficiency is “rampant and alarming” . He said: “It is not only about less or more exposure to sunlight but about appropriate absorption of the light and its conversion to Vitamin D. That process is suffering leading to an array of problems, and recently even metabolic disorders.” People step out of their air-conditioned houses and step into their air-conditioned cars and once again enter their air-conditioned offices, he added.

Experts say that many patients suffering from diabetes and thyroid are also found to have Vitamin D deficiency. This could explain why more youngsters are falling prey to health problems like osteoporosis.

Besides sunlight, an appropriate diet is also required. Head of the endocrinology department at KEM Hospital Dr Nalini Shah said Indian food, unlike in the West is not fortified with Vitamin D. Even after adequate exposure to sunlight , some may suffer from the deficiency, she said. “The UV rays may get filtered due to environmental conditions.”

A workable solution is to expose oneself to adequate sunlight every day for anywhere between 15-30 minutes, added Puri: “The good news is that public awareness is improving . “We do at least 150 Vitamin D tests a day, which was not the case few years ago,” she said.

THE ABCs OF D

It is a fat soluble vitamin, something that gets easily dissolved in body fat SUN’S RAYS | A major source of Vitamin D is exposure to ultraviolet rays from the sun. It is absorbed by the body when UV rays touch the skin. The chemical conversion of Vitamin D into its hormone form is performed by the liver and kidney

OTHER SOURCES |
Though its major source is sunlight, Vitamin D can also be found in certain food items such as raw milk and cod liver oil

WHY DO WE NEED IT?

It maintains normal calcium and phosphorous levels in the blood, which are needed for strong bones and healthy teeth. Phosphorous is required to keep the body’s muscles and nerves in working order
It aids in the absorption of calcium , and helps form and maintain strong bones

In adults, Vitamin D deficiency can lead to osteomalacia, where the bones become thin and brittle It can cause muscular weakness It can lead to osteoporosis , which is the thinning of bone tissues and their degeneration over time In kids, it can cause rickets (weakening of bones) Studies have linked deficiency to diabetes, cancer, cardiac ailments, neuromuscular disorders and abnormal brain functions. 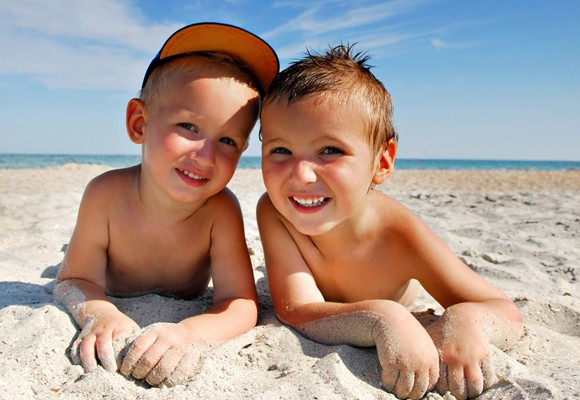 Save the children. With sunlight!
Striking back at Alzheimer’s Disease and Non-Alzheimer’s Dementia: Can Vitamin D and Sunlight Help?