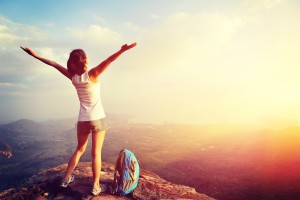 Ovarian cancer, like most cancers, is nothing to trifle with. There are 22,280 new cases of ovarian cancer and 14,240 deaths annually in the U.S.[1] Compare that death statistic to melanoma, which has a death rate of only 9,730.[2] (And I might mention that people who are regularly in the sun have a reduced risk of melanoma.) But are there any indications that ovarian cancer is reduced by sun exposure? Yes. The National Cancer Institute’s Cancer Mortality Map also shows that ovarian cancers are much less common in sunnier Southern and Southwestern States than in the North and Northeast,[3] indicating a protective effect of sun exposure.

Sun avoidance is one of the most deadly practices ever perpetrated on the public. Women, carefully embrace the sun and reduce your risk of this potentially deadly disease.

[3] Grant, W B. Information available at SUNARC.org, and at the National Cancer Institute’s Cancer Mortality Maps and Graphs.