Poisons in the blood. By Marc Sorenson, EdD. 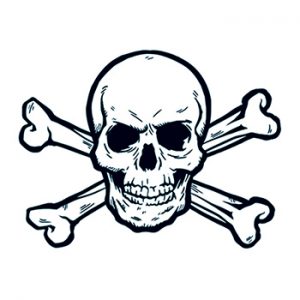 Poisons are something we want to avoid and reverse. Am I correct in that assumption? Yet, some scientists believe that if sunscreens are poisons, humans should continue using them until they do more research. So, suppose that people die, or develop a disease as that research takes place. Maybe then, we change our minds and say, “it seems like we made a mistake.”

We seem to be a group of guinea pigs

Sunscreen researchers seem to conclude that they need to do more investigations on blood absorption of sunscreen poisons. They would do this research while the guinea pigs (we the people) still use the poisons.

Naming and calling out the poisons

These researchers studied six different sunscreen chemicals and measured their absorption and retention in the blood. These chemicals were avobenzone, oxybenzone, octocrylene, homosalate, octisalate and octinoxate. The subjects applied the sunscreens (with all of these chemicals) to 75% of the skin. The investigators then measured residual chemical concentrations at varying periods up to 21 days. Thus, they found all chemicals produced blood concentrations that were well above the Food and Drug (FDA) safety thresholds. In one case (oxybenzone), the concentration reached 360-times the FDA threshold level for safety in four days. In addition, all six chemical concentrations were significantly above the FDA threshold after only one application.

So should we use poisons that have concentrations 3,600% above the FDA threshold?

So what did these great scientists conclude? Here is their statement: “In the absence of clear data demonstrating harm, the use of chemical sunscreen may still be considered appropriate [Really?]. The use of mineral-based sunscreen is a well-established safe alternative. Elevating the science of the benefits and harms of sunscreen should be a priority. The sunscreen industry must begin conducting these safety studies as recommended by the FDA. Until then, the harms of absorption of sunscreen filters will remain uncertain.” I vehemently disagree; the harms of these toxic chemicals are well-known, and I personally do not want to absorb anything into my blood that exceeds the FDA safety thresholds by 3,600%. Chemicals that produce that excess are obviously poisons.

Are sunscreen chemicals either harmful or worthless?

The authors also indicate that sunscreens stop the development of skin cancer. Perhaps they have not read the research that indicates the direct opposite. For example, a meta-analysis published in the European Journal of Dermatology showed that there was no association between sunscreen use and skin cancer, including melanoma. Another study showed that those who used sunscreens had a far greater risk of sunburns than those who used other methods. Those other methods were seeking shade, wearing a hat or visor, and wearing long sleeves and pants. Another interesting fact is that those who used sunscreens had a 62% risk of sunburn. Those who did not use them but engaged in the aforementioned protective behaviors had a 24% risk.

What makes the term “poisons,” appropriate?

While these “researchers” are determining the sunscreen safety, and deciding if they are poisons, let us consider the research. Studies confirm that sunscreen chemicals are highly absorbed and then detected in urine and breast milk. This may cause systemic effects, including disruption of the endocrine system. In addition, pregnant mothers exposed to oxybenzone give birth to babies with low birth weights. This “programs” the developing child for greater risks of heart disease, hypertension, type-two diabetes and other diseases in adulthood. Furthermore, sun causes oxybenzone to become a potent allergen and to form free radicals. In fact, after one hour, more free radicals were created by sunlight contacting sunscreen, than sunlight on skin.” This is another indication that sunscreen use causes more damage than no sunscreens at all!

Sunscreen chemicals also have potential “gender-bending” characteristics. They increase estrogen and decrease testosterone in men. In addition, they may be responsible for the nearly 50% reduction of sperm count in the last few decades. Sunscreen chemicals may cause the feminization of fish. in addition, environmental pollution by these and similarly structured chemicals may cause feminization in alligators and the gradual extinction of Florida panthers due to failure to breed. Sunscreens also increase the absorption of pesticides through the skin,

In conclusion, what are the environmental damages of sunscreen poisons?

Finally, the environmental damage may be substantial. Many beach areas have prohibited the use of sunscreen poisons due to concerns about coral-reef destruction.

So be careful when you next see a sunscreen advertisement. Protect yourself with clothing and shade when you feel that your sun exposure may become excessive. Sunscreen is not the answer. Regular, non-burning sun exposure is the answer.

Read more in our book, Embrace the Sun.

oxybenzone coral reefspoisonsunburnsunscreen chemicals
Related Posts
The Latest on Stopping Erectile Dysfunction with Sunlight.
Sunlight for Babies, Part one
Viagra Use is Associated with a Profound increase in the Risk of Melanoma.