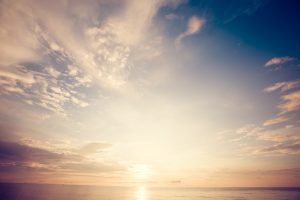 The authors of the researchers offered an explanation regarding the disparate results. They felt that the greater use of sunscreen among the younger subjects
may have made the difference.

I agree with that idea. Sunscreen would have decreased the availability of vitamin D production, which may have lead to the lack of a protective effect on rheumatoid arthritis among the younger nurses.

Rheumatoid arthritis is a disease which causes chronic inflammation of the joints, the tissue around the joints and even in certain organs in the body.[2] It is an autoimmune disease such as lupus, multiple sclerosis and seasonal vitamin D declines may trigger it.[3] Vitamin D is an anti-inflammatory hormone and declines in vitamin D levels, of course, are a result of decreasing sun exposure in colder seasons.

Arthritic joints carry another devastating side effect. Hip replacement surgery is often prescribed for arthritic conditions, and those people who go through total-hip-replacement procedures are 4.7 times as likely to have an ischemic stroke, and 4.4 times as likely to have a hemorrhagic stroke in the first two weeks post surgery.[4] Those stroke risks remain elevated for 6-12 weeks. The term “ischemic” means producing a local deficiency of blood supply by obstructing blood flow.

I would be remiss if I did not also mention the transcendent importance of anti-inflammatory nutrition program. Sunlight is important but what you eat is critical. I would suggest that you google “anti-inflammatory diet.” Learn which foods (primarily fruits and vegetables) will help to decrease or prevent the inflammation that leads to RA. In the meanwhile, enjoy some safe, non-burning sunbathing.