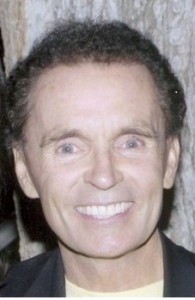 Dr. Marc Sorenson is a doctor of education (EdD) with a background in health and fitness. He and his wife, Vicki, founded and developed one of the top health resorts/institutes in the world.

During their 20 years at their health institute known as NIF (National Institute of Fitness) their clients lost 110 tons of fat, two thirds of diabetic guests were free of all medication in less than two weeks, and many others recovered from high cholesterol, lupus, arthritis, migraines, hypertension, angina, arthritis, neuropathy, heart disease and allergies. The institute was consistently ranked as one of the world’s best destination spas and was featured in major newspaper articles in the New York Times as well as other papers throughout the US and in Japan and Singapore. He and Vicki also founded another resort Near Park City, Utah. Within two years it was ranked # 3 in the world by Reader’s Digest.

His book Megahealth was a selection of the Literary Guild, Doubleday Book Club and Doubleday Health Book Club. It was Book of the Month for the Doubleday Health Book Club. D has also published several other books, including the world’s largest English vocabulary builder, called I want to have Words with you. He has done meticulous and extensive research into hundreds of published papers on sunlight, UVB and health in order to write Vitamin D3 and Solar Power. It was published in the U.S. and in the Czech Republic (in the Czech language), and it has now been translated to Hebrew and is presently being published in Israel. He is currently writing a book that will be called Embrace the Sun, which extolls the virtues of sun exposure beyond vitamin D.

Dr. Marc Sorenson was given the Money School of Boston award for Excellence in Nutrition writing—the only person so honored by the school.

He is a part-time professional speaker and has made presentations in many states in the U.S. and in cities in Japan, Canada, Mexico, and Italy. Dr. Sorenson has spoken more than 3,000 times on fitness, sunlight and vitamin D, nutrition and religion.

He also received a grant for $64,000 from the Vitamin D Society of Canada and the Vitamin D Foundation of America to research and promote Vitamin D awareness. As part of this project, he did media tours in Toronto, Canada and New York City to increase awareness of the critical need for vitamin D in human health.

He has appeared on many radio and TV programs, including six appearances on Body by Jake. He has also conducted his own radio show.
On the recommendation of Senator Orrin Hatch, a flag was flown over the United States Senate building in honor of his contributions to the health and fitness of the citizens of the USA.

In addition to his hobby of English literature, Dr. Sorenson’s favorite activities include studying scripture, traveling with Vicki in Europe and Mexico, playing with the grandchildren, reading medical and nutritional journals, speaking Spanish, hiking on 13,000 foot Mount Wheeler near their Nevada ranch, listening to classical music, attending concerts and theater, cruising and traveling in Mexico and Europe.