Are you dying in the dark? Improve your health, extend your life, and lighten your mood!

If you avoid the sun, you may be ruining your health. 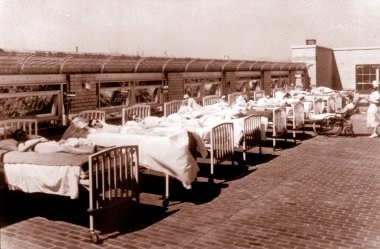 Sun avoidance is as hazardous to your health as smoking.

In the early 1900s, nurses would roll beds outside so patients could get a healthful dose of sunlight. Why did we stop?

You are following your doctor’s recommendations, dutifully putting on sunscreen or staying out of the sun. You take recommended supplements, maybe even vitamin D, but is this truly the best for your health?

Authors Marc B. Sorenson and William B. Grant say, “No.” Embrace the Sun presents information from over 1,200 research papers that show regular sun may prolong your life and reduce your likelihood of disease.

What is this research? Why does my doctor not know it? Why has our culture had such an about-face on the sun? Is the sun really a demon?

Dr’s Sorenson and Grant answer these questions and more in Embrace the Sun. An easy-to-read book that addresses topics such as

If you are someone who uses natural methods to live a longer, more vibrant life then this book is for you. Open it up, take it in, and decide for yourself if a better relationship with the sun could change your life.

AN EXCERPT FROM EMBRACE THE SUN

Does Sun Exposure Cause Melanoma?

Turn your face to the sun and let the shadows fall behind you. – Maori Proverb

Melanoma is a skin cancer, which can become deadly if not treated or removed in its early stages. The Melanoma International Foundation (MIF) states that ultraviolet radiation (UVR) from the sun causes melanoma and should be avoided as a detriment to human health (i). That message is primarily disseminated by (some) dermatologists and their governing bodies, which conveniently ignore the voluminous research associating sun exposure to profoundly better health—performing its miracles by reducing risk for such maladies as breast and prostate cancer, heart disease, osteoporosis and sundry others. The MIF message does not differentiate between strong, intermittent exposure, which can lead to sunburn, and regular, non-burning exposure, such as that received by those who routinely work and recreate outdoors. The latter are protected against melanoma (ii).

Concomitantly, an opposing message is rapidly emerging: Sun avoidance, by reducing the body’s production of vitamin D and other beneficial photoproducts, is responsible for a dramatic increase in both degenerative and communicable diseases. In addition, a third view is drawing adherents who believe the increase in melanoma incidence is an illusion and an artifact produced by incorrect assessment: the misdiagnosis of benign skin lesions as melanoma (iii).

Note: There are references to over 1200 research studies in Embrace the Sun.

About Marc B. Sorenson, Ed. D.

Dr. Sorenson is a doctor of education (Ed.D.) with a health background.  He and his wife, Vicki, developed one of the world’s top resorts (National Institute of Fitness). During 20 years, their clients lost over 100 tons of fat; two thirds of diabetic guests were freed of medication in two weeks; and others recovered from cholesterol, arthritis, and myriad additional maladies. Sorenson has written ten books and hundreds of blogs for his site, Sunlight Institute. On the recommendation of Senator Orrin Hatch, a flag was flown over the U.S. Senate building to honor his contributions to world health.

About William B. Grant, Ph.D.

Dr. William Grant is an epidemiologist and founder of the nonprofit organization Sunlight, Nutrition and Health Research Center. Grant holds a Ph.D. in Physics from UC Berkeley and worked as a senior research scientist in the field of optical and atmospheric sciences at SRI International, JPL, and NASA Langley. He published the first paper linking dietary factors to risk of developing Alzheimer’s disease in 1997. Since 2000, he has focused on ultraviolet-B (UVB) radiation and vitamin D and their relation to cancer and other diseases. He has written over 256 peer-reviewed articles, editorials, and letters to the editor on vitamin D and health.

“This book is a tour de force for health effects of exposure to the sun. It explains and provides evidence of the immense benefits of the sun for human health that have been sadly neglected since the previous century. It is written simply enough and in such a light-hearted vein that any intelligent fifth grader can and should read it. Actually, every literate man, woman and child age 12 and older should have this book and should read it thoroughly. It is the best single source on the many positive yet neglected roles of sunlight in human health. It also should be required reading for every upcoming doctor in training and all health care professionals.” – Cedric F. Garland, Dr.P.H. F.A.C.E. Epidemiologist, University of California at San Diego

“Are you a sun-phobe? Does the mere thought of going outside cause you to feverishly protect yourself with an armor of sunscreen? Do you feel guilty and wonder why the intense touch of your supposed enemy actually makes you feel good? Embrace the Sunconvincingly documents how low sunlight exposure significantly increases the risk of breast cancer, prostate cancer, colon cancer, multiple sclerosis, osteoporosis, high blood pressure and many other life-threatening diseases. I consider the epidemic of sunlight deficiency as one of the greatest, if not THE greatest, public health failures of our lifetime. Knowledge is power, and Embrace the Sunis no exception. Read it and you will bask in the light without fear or guilt.” – Shira Miller, MD, Integrative Medicine, Sherman Oaks, California

“Marc Sorenson and Bill Grant take us on a delightful journey to better understand the health benefits of our magnificent sun at a time when our sun has been demonized by various health organizations, including the dermatology community.” – Michael F. Holick, Ph.D., M.D., Boston University Medical Center

“Embrace the Sun is a delightful guide full of important information for all of us who want to enjoy the natural way to maximize health.” – Prof. Afrozul Haq Director, Research & Development Gulf Diagnostic Center Hospital Abu Dhabi, UAE

“Controversial issues are addressed, and enough information is provided for readers to be able to see how the authors’ arrived at their views, what the current difficulties in decision making are in this area in relation to both public and personal health, and to appreciate the problems posed by existing gaps in knowledge.” – Barbara Boucher, London School of Medicine & Dentistry

“No sun – no fun! This is the clear message of Marc B. Sorenson and William B. Grant, both outstanding experts in solar radiation and vitamin D. And they leave no room for any doubt that the full range of solar radiation has much to offer for our health.” – Prof. Dr. Jörg Spitz, Akademy of Human Medicine and Evolutionary HealthSchlangenbad, Germany

“An almanac of information on healthy sun exposure – based on research.” – Carole A. Baggerly, Director, GrassrootsHealth

“Embrace the Sunhas information that every person and every medical practitioner in the world should know and embrace.” – Maurice Henry Van Strickland, M.D. FACP, FAAAAI, FACAAI, FAAP, University of Kansas School of Medicine