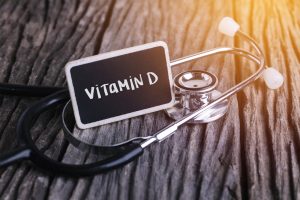 New research from New Zealand shows that children who live in South Island of New Zealand have at least three times the risk of bowel disease such as Crohn’s disease (CD) and ulcerative colitis (UC)[1] when compared to those who live on the North Island. According to an article referencing this research, these bowel diseases usually appear in the pre-teen or teenage years and are incurable. The researchers believe that sun exposure and one of its photoproducts, Vitamin D, may play a part, although the low selenium content of the soil may also have an influence on bowel diseases.

In the southern hemisphere, of course, the farther south one travels, the colder and cloudier the weather becomes. Hence, the South Island has far less sun exposure than the North Island.

Although the researchers did not know for sure that the sunlight and vitamin D hypothesis was correct regarding bowel disease, their idea certainly has plenty to back it up.  Crohn’s disease is closely correlated to vitamin D deficiency and winter season,[2] indicating an inverse relationship with sun exposure and vitamin D production. A study of female nurses in the US found that “compared with women residing in northern latitudes [in the northern hemisphere] at age 30, the multivariate-adjusted risk for UC for women residing in southern latitudes was less than half.”[3] Also, in a 12-year investigation of hundreds of thousands of bowel disease patients, hospitalizations, and prolonged hospitalizations, for both UC and CD were higher among those who had low sun exposure compared to those with very high sun exposure.[4]

It is important to understand that bowel disease causes malabsorption of nutrients in the gut, leading to diseases of malnutrition.[5] Vitamin D is one of the “nutrients” that may not be absorbed efficiently, and therefore sun exposure, not supplements, may be the only viable source of vitamin D for a person with bowel disease.

So for a healthy gut, sun exposure plays a vital role. Be sure to enjoy safe, non burning sun exposure whenever possible.

Inflammatory bowel diseases (IBD) include diseases such as Crohn’s disease and ulcerative colitis. Like multiple sclerosis, lupus and rheumatoid arthritis, they are autoimmune diseases that cause the immune system to attack its own tissue, in this case the tissues of the digestive system. This may cause extreme distress and damage.

Recent research shows that the IBD is associated with both sun exposure and vitamin D deficiency.[1] In experimental IBD, vitamin D positively influences gut epithelial cells, innate immune cells, T cells, and the microscopic organisms that live in the gut. Separately from vitamin D, there is some scientific work that demonstrates that ultraviolet radiation (UVR), a component of sun exposure, can independently reduce IBD cells.

The authors of this research sum up their research with the following statement: “Together the data suggest that UVR suppression of T cells and potentially IBD are both vitamin D dependent and independent.”

Of course, we know that the natural way to obtain vitamin D is through sun exposure, so to me it appears that sun exposure, or sunlamp exposure, when available is the best method of suppressing the disease. Of course, proper nutrition is also imperative.

Many previous investigations have shown the remarkable positive influence of sun exposure on IBD. In a 12-year year investigation of hundreds of thousands of IBD patients, hospitalizations and prolonged hospitalizations were higher among those who had low sun exposure compared to those with very high sun exposure.[2] The same relationship was shown between sun, bowel surgeries and deaths; more surgeries were needed for those patients who experienced the lowest sun exposure compared to those who had the highest sun exposure, and more deaths occurred among those with low exposure.

An interesting side note to this investigation was that a large number of non-IBD patients were also analyzed for sun exposure amounts. The same relationship existed as with the IBD patients; low sun exposure was associated with prolonged hospitalizations and more deaths when compared with high exposure. There is other research involving the association of Crohn’s disease to sun exposure, which, as above, found that surgery for the disease was significantly reduced among those patients who received more sun exposure.[3]

It has also been shown that in the US, there is a north-south gradient for IBD,[4] [5] [6] [7] meaning that the risk of developing IBD is significantly lower for the southern latitudes (where sun exposure is greater). So for a healthy gut, sun exposure plays a vital role. Be sure to get some sun exposure daily when available. That way, you will obtain your vitamin D, along with other photoproducts that may protect you from IBD as well as myriad other diseases.