Insufficient sunlight associates in a dose-response manner to higher risk of hypertension and earlier death. By Marc Sorenson, EdD. 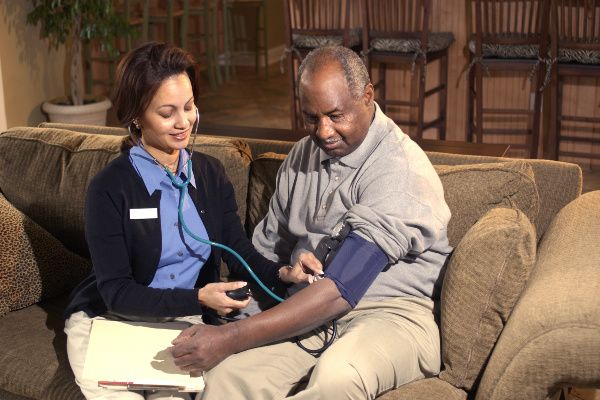 Hypertension, or chronic high blood pressure, depends on the amount of blood the heart pumps and resistance to arterial blood. Thus, the tighter the arteries, the higher the blood pressure. The top number on a blood-pressure measurement, and stated in millimeters of mercury (mm/Hg), is systolic pressure. In addition, the lower number is diastolic pressure, another critically important measurement. Hypertension occurs when blood pressure is greater than 140/90 mm/Hg. Thirty-one percent of US adults are hypertensive. Hypertension can damage arterial walls and can eventually lead to an increased risk of death from heart disease, heart failure, and other arterial diseases. It also associates to a higher risk of kidney disease, irregular heart rhythms, osteoporosis, cognitive dysfunction, painful intercourse and stroke. 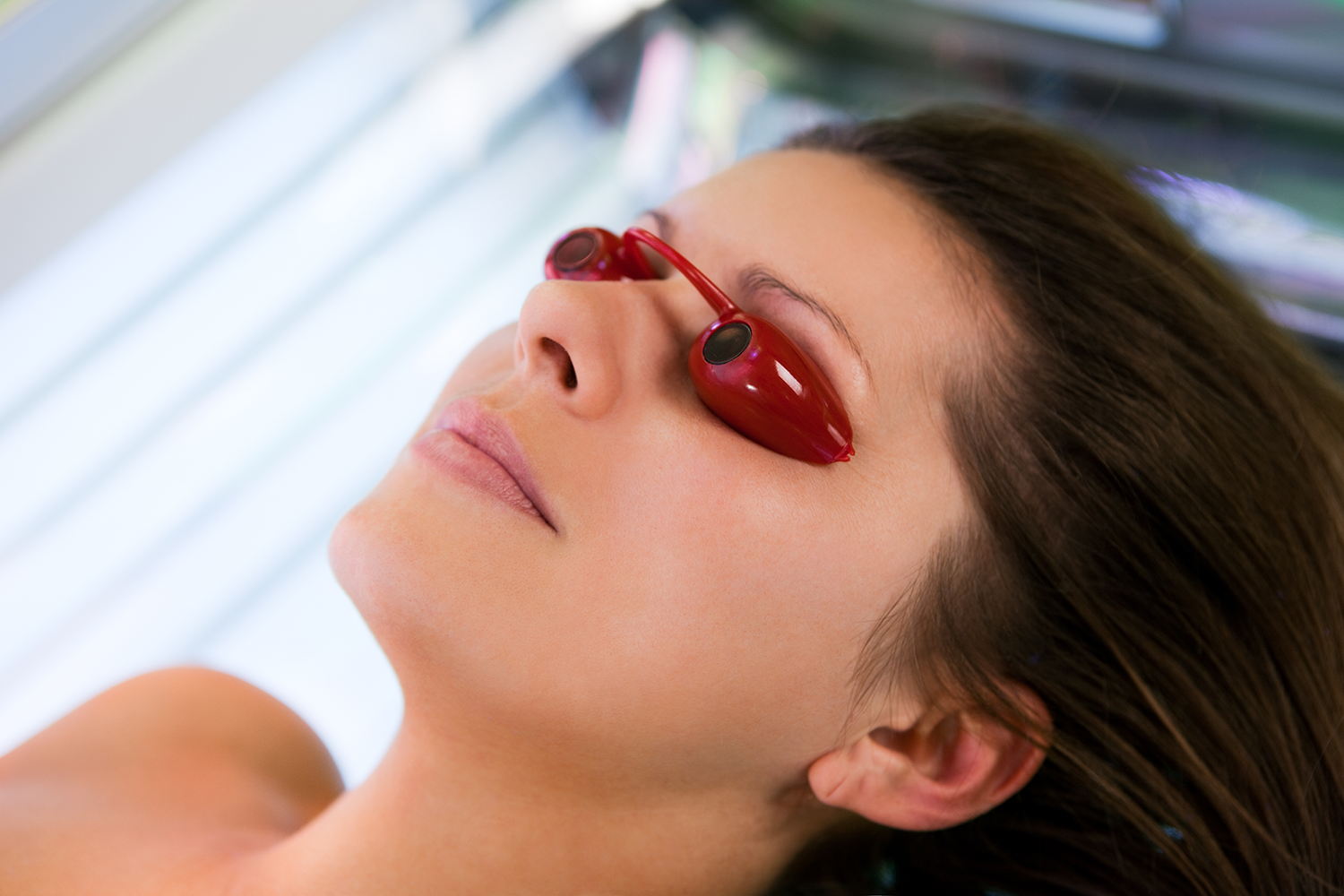 Conventional textbook theory holds that the brain, blood vessels, and kidney regulate blood pressure. However, recent evidence suggests that the skin could also regulate hypertension, and insufficient sunlight plays a role in increasing it.

Insufficient sunlight, as mentioned, leads to a spate of diseases and disorders. In addition, some of those diseases have a dose-response relationship with sun exposure.

Hypertension is one of those diseases and can lead to disability and death. Blood pressure between 80 (diastolic pressure or lowest pressure) and 120 systolic (higher pressure), is in normal ranges. When blood pressure rises substantially above either of these figures and stays elevated, it is a danger signal.

So, what is a dose-response relationship (DRR)? This is where changes in one measured factor produces a predictable, consistent change in another measured factor. Thus, if I increase my exercise a certain amount weekly, I probably hope for a dose-response outcome: predictably better endurance.  Consequently, if my body increases its endurance each week, my exercise produces a dose response relationship with endurance. Conversely, if someone stops exercising and loses a predictable amount of endurance, this is also a DRR (negative DRR).

An illustrative example of positive sunlight (rather than insufficient sunlight) and DRR.

My friend Wayne had severe hypertension when checking in at our former resort. After sunbathing each day for a month, hypertension decreased profoundly.

Wayne arrived with blood pressure of 157 systolic and 97 diastolic (157/97). Both of these measurements are dangerously high. Four weeks later, without medication, and while taking no vitamin D, the numbers dropped to 125/54. He had progressed from very high stroke risk to very low stroke risk. In addition, his vitamin D levels climbed to 103 ng/ml, a number I considered impossible without supplementation. I learned much, especially about sunlight, vitamin D levels and hypertension. Sufficient sunlight is a key to optimal levels of blood pressure. Many people believe that older persons cannot raise vitamin D levels. Yet, Wayne was in his seventies. Furthermore, insufficient sunlight was obviously a major cause of his hypertension. Wayne’s DRR occurred with the increased sun exposure and produced optimal blood pressure.

The latest research regarding insufficient sun exposure and hypertension

This latest research on insufficient sun exposure began by noting another important, but misleading fact. An inverse association exists between cardiovascular disease (CVD) and vitamin D levels. Yet, as the authors mentioned, trials of vitamin D supplementation seem to show no benefits for CVD. In addition, they state that benefits of high vitamin D levels for CVD might be a marker for something else. That something, of course, is probably sunlight. In their research, carried out by questionnaire, 23,593 women answered questions regarding melanoma. In addition, they also related factors of possible interest for hypertension. Those factors included detailed sun exposure habits, marital status, education, smoking, alcohol, BMI, exercise and chronic stress.  Hypertension-medication use from 2005-2007 became the measurement tool used to determine hypertension incidence among members of the study group.

All subjects filled out a questionnaire to determine sun-exposure and sun-bed habits:

The main goal was to assess hypertension risk associated with sun exposure, after adjusting the data for any confounding factors.

Here are the results:

Hypertension is serious, and a major cause of death, which is inversely associated to sun exposure. Therefore, regular, non-burning sun exposure can provide one of the best protections against this insidious disease.

For more information on sunlight and health: https://sunlightinstitute.org/ and read the book, Embrace the Sun. 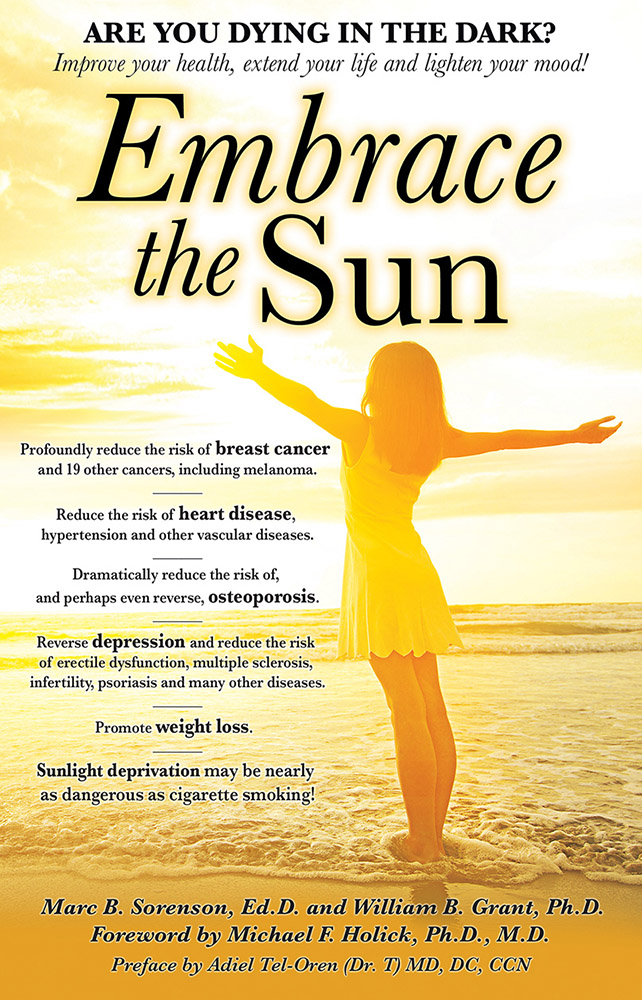