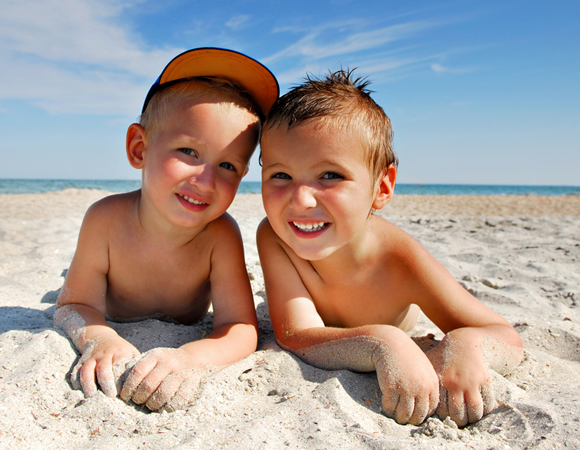 Save the children. With sunlight!

Save the children with sunlight. by Marc Sorenson, EdD

Save the children is a refrain heard throughout the world, and a great refrain it is. It truly is time to save the children. There is so much child abuse and so many childhood health disasters that it is a burden we cannot ignore.  It is especially relevant that our children are addicted to noxious foods and sedentary lives. And, the sun robbery they experience is equally harmful. This article is the first of several discussing the necessity for sun exposure if we are to save the children.

Save the children from myopia.

First of all, myopia (nearsightedness) among children is pandemic and increasing at an alarming rate. And, researchers demonstrated as early as 2008 that the lowest myopia risk was among those with highest outdoor activity. Some have surmised that the key ingredient that could save the children from myopia was exercise. But, the researchers refuted that idea because they also demonstrated that indoor exercise did not reduce myopia risk.

Most noteworthy, the same research showed the prevalence of myopia among Chinese children living in Singapore was 29.1%. Furthermore, the prevalence among Chinese children living in Sydney, Australia was only 3.3%. Is this because the Sydney children spent about 13.8 hours per week outdoors compared to 3.1 hours in Singapore? Hence, the children who spent most of their lives indoors had 9.5 times the risk of developing myopia! So adults in Sidney who let their kids play in the sun, certainly knew how to save them from myopia.

How much sunshine does it take?

Children under six should spend three hours daily in sunshine, according to other researchers who want to save them. So what could be a more natural? Just be sure the children do not burn.

Consequently, the next time someone tells you that it is not good for children to play outside, tell them the facts. Outdoor activity in the sunlight is absolutely necessary to save them from myopia. For more information: sunlightinstitute.org, and read my book, Embrace the Sun.

Sun Exposure is necessary for Prevention of Myopia, even in Monkeys.

Several scientific investigations have linked sunlight deprivation to nearsightedness (myopia), and many of these have been discussed on previous blogs. The latest used rhesus monkeys as subjects.[i] These monkeys were reared either with natural lighting for three hours daily or indoor lighting. As we might expect, those that were raised with indoor lighting developed myopia, whereas those raised with natural lighting did not develop the disorder. The eye dimensions became abnormal in the monkeys that were exposed only to indoor light, and problems with refraction, due to eye elongation, were noted.

There is no doubt that sun deprivation is a factor that leads to blindness. Others obviously feel the same way. Here I quote from Dr. Hobday, writing in Perspectives of Public Health: “A century ago, it was widely believed that high levels of daylight in classrooms could prevent myopia, and as such, education departments built schools with large windows to try to stop children from becoming short-sighted. This practice continued until the 1960s, from which time myopia was believed to be an inherited condition. In the years that followed, less emphasis was placed on preventing myopia. It has since become more common, reaching epidemic levels in East Asia. Recent research strongly suggests that the amount of light children get as they grow determines whether they will develop short sight; however, evidence that daylight in classrooms prevents myopia is lacking. Given the rapid increase in prevalence among school children worldwide, this should be investigated.”[ii]

Others are also concerned and state that eye elongation and progression of myopia decrease in periods with longer days and to increase in periods with shorter days.[iii] According to these researchers, “children should be encouraged to spend more time outside during daytime to prevent myopia.”