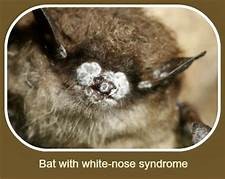 Sunlight helps Children to reduce the Risk of Non-Hodgkin Lymphoma.

Often we are told that we are bad parents if we do not protect our children from the sun, and if we follow this heinous advice, we set our children up for a lifetime to compromised physical, mental and emotional health. I recently ran across a paper on sunlight exposure and its influence on children’s risk of non-Hodgkin lymphoma. This research definitely adds another compelling reason to be sure that our children do what is natural for them: play in the sun!

A seven-year investigation in Greece demonstrated that an increment of 15 days of sunbathing at Greek seaside resorts associated to a lower risk of non-Hodgkin lymphoma of 40% but had no affect on Hodgkin lymphoma.[1]

This is important, because extrapolating to 30 days of sunbathing would predict an 80% reduced risk of non-Hodgkin lymphoma in these children.

Our children need to play in the sun and sunbathe optimal health. Good parents will ensure that their children regularly participate safely in those and other sunny activities. And no, they should not use sunscreens. When these children have had enough sun, they should come indoors, seek shade, and cover up with hats and other clothing. They should also develop a good tan as an excellent form of protection against overexposure.