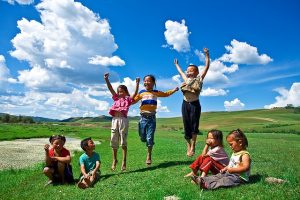 Sunlight and health is an article written to fulfill a request from Grassroots Health (GRH). GRH is a marvelous organization; its purpose is to promote the healthful benefits of vitamin D (and sunlight).

Sunlight and health, from the earliest human civilizations to our current battle with COVID-19, have an inseparable link. Dr. John Fielder’s exceptionally well-written paper, History of Heliotherapy, provides insight into the past. Many ancients deified sunlight. The populations of those times had no doubt of its healing powers. Hippocrates, the Greek physician known as the “father of medicine,” recommended sunbathing and had his own large solarium, an enclosed area for sunning. In addition, the ancient Romans, used thermae (hot tubs and baths) that were equipped with solaria. The Roman philosopher Pliny wrote, “Sun is the best remedy.”

Sunlight and health maintained a link well into the 20th century.

In the early 19th Century, scientists began to experiment with heliotherapy (sunlight therapy) as a healer. They were duly impressed with their results. Therefore, they attempted to build a new system of therapeutics based on heliotherapy. In 1857, Madame Duhamel exposed children with TB to sunshine because it hastened their recovery. Many other doctors also used heliotherapy with great success. Dr. Fielder said that sunbathing was so successful, all doubt as to its place in the hygienic system was ensured.”

Though nothing has really changed, regarding sunlight and health, doubts about the relationship have crept in.

In the early 20th Century, people noticed that farmers developed common skin cancers on their faces and hands. This news began the war on sunlight. Nevertheless, the sun held its own for some time, because research also showed sunlight had anti-cancer properties. This idea triggered a 1932 editorial in The Lancet medical Journal. It suggested sunlight was so effective in promoting health, that the government should reserve public areas for nude sunbathing! (Dawson, Lord. Naked and Unashamed. Lancet 6, 1932:688.)

Then, the tide began to turn. Scientists completely misrepresented the association of common skin cancers and melanoma:

Due to this egregious misrepresentation, scientists decided, regrettably, that that sunlight must cause melanoma, the deadly skin cancer. A new fear had been born, along with a new industry-sunscreen and new medical profits. Even though moderate, regular sun exposure protects against melanoma, this fear-vs-fact based decision launched an all-out assault on the sun. Moreover, it continues today. Unfortunately, it has also become ‘rewarding’ to the industry that provides tanning lotions and treatments for the cancers. View this video by Dr. Edward Gorham to learn more about this subject: Vitamin D: Skin Cancer/Sunscreen – the Dilemma.

To dispel the myths, here are the facts about melanoma:

In the U.S., as sun exposure has decreased by about 90% since 1935, melanoma incidence has increased by 3,000%. Documentation in Embrace the Sun. See the graph below. 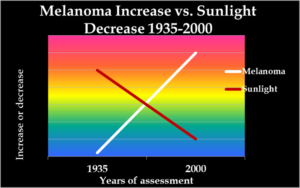 As in the US, while sun exposure in Europe has profoundly decreased, there has been an exponential increase in melanoma.

Men who work outdoors have about half the risk of melanoma as men who work indoors.

Outdoor workers, while receiving 3-9 times the sun exposure as indoor workers, have had no increase in melanoma since 1940.  Melanoma incidence in indoor workers has increased steadily and exponentially.

Sunscreen invention, and its steadily increasing use, has not reduced the risk of melanoma. In fact, melanoma increased as sunscreen use increased. Documentation in Embrace the Sun.

Because of all this, increasing melanoma incidence significantly correlates with decreasing personal annual sunlight exposure.

Outdoor workers do get numerous sunburns and still have a dramatically lower risk of contracting melanoma.

Thus, melanoma increases as sun exposure decreases. Therefore, there is much need to provide the education and data to everyone so they can avoid blaming the sun.

Here are more facts about melanoma and its prevention:

Another cause is alcohol; those persons in the highest fifth of alcohol consumption have a 65% increase in melanoma risk.

In addition, meat consumption may increase melanoma risk by 84%.

Furthermore, daily fruit consumption may reduce the risk of melanoma by nearly 50%.

Persons with the highest levels of PCBs (banned industrial chemicals) have 7-times the melanoma risk as those with lowest levels.

There is a positive association between melanoma and obesity. It is also interesting to note that the increases in both diseases have progressed in unison.

So, since melanoma continues to increase in lock step with reduced sun exposure, should we continue to blame the sun?

We have destroyed the misconception that sunlight is a major cause of melanoma. Let us proceed to the magnificent health-protective effects of regular, non-burning sun exposure against other diseases:

Indonesians have taken this research seriously. Below is a photo of Indonesian men “social distancing” in the sunlight. 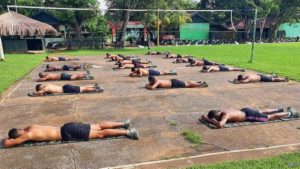 Another fact about sunlight and health with Covid-19

Recent research from the Department of Homeland Security (DHS) showed another interesting aspect of sun exposure’s influence on Covid-10. They demonstrated that direct sunlight “quickly” killed all Covid-19 viruses both in aerosols and on objects. Thus, sunlight not only stops the disease inside the body, but also stops transmission of the disease outside the body. This makes sunlight a powerful, two-edged sword against the disease.

Sunlight and Health: More facts regarding the influence of sun exposure on disease.

Influenza diminishes almost to nothing during late spring, summer, and early fall – times of greatest sun exposure. See the chart below, produced by the WHO and provided by Goran Olsson of Moscow, Russia. 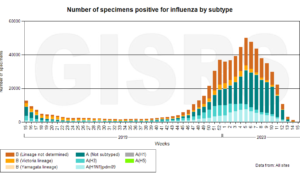 Yet, we do not yet have annual data for COVID-19, a “flu-like” disease. However, it did emerge in the northern hemisphere in winter when sun exposure and vitamin D levels are low.

Women who sunbathe regularly have half the risk of death, over a 20-years period, compared to those who stay indoors.

In addition, a Spanish study shows that women who seek the sun have one-eleventh the hip-fracture risk as sun avoiders.

Another fact is that those who avoid sun have 10-times the breast cancer risk as those who embrace the sun.

Multiple sclerosis (MS) is highest in areas of little sunlight and virtually disappears in areas of year-round direct sunlight.

Sun exposure improves mood through production of serotonin and endorphin.

Those persons who spend many hours daily outdoors have only 1/50 the risk of Parkinson’s disease.

Furthermore, sunlight produces up to 20,000 IU of vitamin D in 20 minutes of exposure at midday in sunny seasons.

In England, vitamin D deficiency in children increased by 83 times during a 14-year period. That is likely due to indoor living and sunscreen use.

Finally, as part of my analysis of sunlight’s positive powers, I, and my coauthor, Dr. Bill Grant, performed a death analysis.

Diseases associated with low sun exposure in the USA

There were few deaths from diseases associated with high sun exposure-approximately 5,125.

Consequently, there are, according to our calculations, approximately 1,684,677 yearly deaths caused by diseases associated with low sun exposure. This compares to 5125 deaths from diseases associated with high sun exposure, and produces a ratio of approximately 328:1. Therefore, based on this analysis we concluded that it defies common sense to continue the anti-sun campaigns prevalent today. This ratio demonstrates that regular, non-burning sun exposure (without sunscreens), is desirable. It should be encouraged as a prudent precaution. It would to yield a highly beneficial effect on health and well-being. This ratio should make anti-sun advocates think twice about suggesting that we avoid sun exposure. This is particularly important for African Americans, who have the highest risk of death from Covid-19. 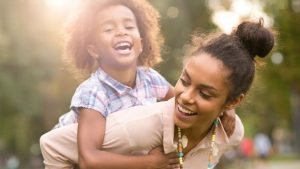 With COVID-19 attacking us like a bad horror movie, we must act now to stop the carnage, and bring the citizens back into the sunlight. Sunlight is a requirement for optimal human health.

For more information on sunlight and health, visit sunlightinstitute.org and read the book, Embrace the Sun.