ED (erectile dysfunction) is an embarrassment and frustration for many men. 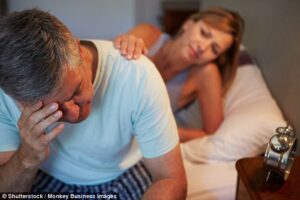 This disease leads to failure in the bedroom for both man and wife. What you may not know is that ED is also a major predictor of heart and cardiovascular disease (CVD). Moreover, although some experts consider it a psychological (and therefore neurological) origin, it is not psychological. Erection is a mostly a vascular event and ED is, largely, an artery-blocking vascular disease similar to heart disease. Nevertheless, it also is associated with higher risk of other maladies such as respiratory, gastrointestinal, endocrine and inflammatory disorders. ED is no laughing matter, and recent research has demonstrated that the condition predicts a profoundly increased risk not only of CVD, but also death in general: A 12-year study showed that men with ED had a 70% increase in all-cause death, compared to men without the condition.

What is the underlying cause of ED?

I believe that (as with other degenerative diseases) junk food consumption plugs arteries and wreaks havoc on all body systems. At our former health resort, men sometimes reported that after using good nutrition and obtaining sun exposure, their ED problems disappeared. Based on the science and observation, it is my opinion that ED originates with poor nutrition. Yet, sun exposure can offer a partial solution for the condition. While sunlight is important, it is an adjunct, not a cure for ED. Only a healthful diet, combined with sunlight, can reverse and heal the disease. So let us delve into the helpful effects the sun brings—effects provided by nitric oxide stimulation to the arteries.

The anatomy of ED.

The vascular part of the ED problem is due to two cylindrical arteries (chambers) called the corpus cavernosa. When anything occludes these chambers, they allow minuscule blood flow into the penis, thus making erection impossible. Nitric Oxide (NO), a product of sun exposure, upon stimulation by the nervous system, causes vasodilation in the cavernosa, allowing them to receive blood. As stated in the online journal, Concepts in Biochemistry, “Achievement of a penile erection in males is largely an application of basic principles of hydraulics. Stimulation of the nerves innervating the penis causes the dilation of the deep arteries supplying blood. A large amount of blood enters the penis and engorges the cavernosa sinuses. This engorgement acts to compress the veins draining blood from the penis. The increased inflow and decreased outflow of blood causes an erection. Cessation of impulses to the penis acts to abolish the erection.”

So, where does sunlight enter in? 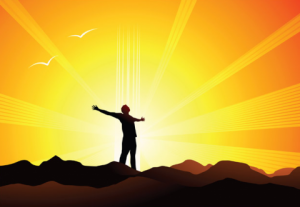 An early study assessed the effect of ultraviolet light (sun) exposure on cavernosal strips, obtained from men during surgery. The strips showed relaxation in response to sunlight, and relaxation increased with the duration of exposure. We expect that sunbathing, which would profoundly increase NO in the circulation, would also allow erection. The same nitric-oxide mechanism that lowers blood pressure would seem to be a good method to treat ED. Another indication that sun exposure can play an important role in treating ED, is the fact most men with ED have low 25(OH)D levels. But we already know that low 25(OH)D levels are a surrogate measurements for low sun exposure. Therefore a large part of the problem may be may be a lack of NO production!

Many products purportedly cure and alleviate ED. If most men would eat decently and obtain regular, non-burning sun exposure, they and their wives would be much happier and satisfied.

For more information on sunlight and disease, visit sunlightinstitute.org and read the book, Embrace the Sun.

Canada has a long season each year in which vitamin D from sunlight is not available. Due to the northern latitude of Canada, May through October is the only period when vitamin D can be produced in response to sun exposure to the skin. Therefore, a new press release from the Vitamin D Society recommends to protect health by building up vitamin D during the summer. Vitamin D from the summer sun helps to prevent serious diseases such as cancer, cardiovascular diseases, diabetes, multiple sclerosis and others.

Dr. Reinhold Vieth, the scientific advisor for the Society, states the following: We often assume that the health benefits of sunshine are solely due to vitamin D, but that is not proven yet.  In other words, it is likely that sunshine does more for our bodies than just produce vitamin D.”

The Society recommends 6 guidelines for safely enjoying the sun and its health benefits:

Since about 35% of all Canadians do not meet suggested vitamin D requirements, sun exposure is essential to reverse that statistic.

So Canadians, safely enjoy the sun this summer!

To read the entire press release, go to this link: http://www.vitamindsociety.org/press_release.php?id=44

Kidney and Heart Disease both respond to Sun (UV) Therapy.

In end stage kidney disease, heart disease and other vascular diseases are often the most dreadful accompanying disorders, also known as a comorbidities. Any healthful procedure that can mitigate the distress of these diseases can be a godsend to the patient suffering from kidney deterioration. UV therapy, similar to sun exposure, has now been shown to alleviate some of the difficulties of cardiovascular diseases and thereby increase the quality of life.[1]

The research was conducted on fourteen kidney-dialysis patients. They were irradiated with whole-body UV for six months. Before and after that time, they were measured for several physiological functions to determine if there had been worthwhile changes in indicators of cardiovascular diseases. These were the results:

The researchers made the following conclusion: “Cardiovascular disease is the most important comorbidity [to kidney disease]. Exposure to simulated sunlight that contains both UVB and UVA reduce cardiovascular risk factors and improve quality of life.”

Protect your kidneys or protect your heart either by safe exposure to the “simulated sunlight” of sunlamps or tanning devices, or by regularly exposing yourself (again, safely) to mankind’s best friend the Sun.