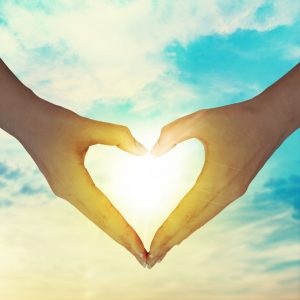 UVB is a spectrum of sunlight with many effects. These include the suppression of inflammation in the skin.  It has been used to very successfully treat skin diseases such as psoriasis and eczema.

Since inflammation is necessary to produce the condition of atherosclerosis (plugging of the arteries).  It would be interesting to know whether UVB might also have the same anti-inflammatory effects in the arteries. If so, the effect could inhibit or eliminate atherosclerosis, and thus provide an entirely new treatment for heart disease. It would also protect against  vascular events such as stroke and intermittent claudication.

The idea that UVB could prevent atherosclerosis by reducing inflammation in arteries was recently studied by Japanese researchers.[i] Using a mouse model, they demonstrated that UVB light irradiation, applied once a week for 14 weeks, leads to an increase in the action of T-regulatory cells, thereby inhibiting inflammation. In addition, exposure reduced the production of another type of T-cell which is pro-inflammatory and thereby pro-atherogenic (leading to the production of atherosclerosis). These two effects of UVB light reduce the development and progression of atherosclerosis.

Stated differently, the research shows that sun exposure is a critically-important therapy to reduce and prevent diseases of the heart and blood vessels. Protect your heart by being sure to obtain sufficient non-burning sunlight  from sun exposure or other sources such as sun lamps. It is also important to note that neither skin cancer nor skin inflammation were observed following UVB exposure in this breakthrough study, which again emphasizes the importance of sun exposure for human health.

If these findings are true, then we would expect that there would be fewer cardiovascular events such as heart attacks and strokes during times of less sun exposure.  Accordingly, Research has demonstrated that those below the median level of serum vitamin D suffer 57% more heart attacks than those whose levels were above the median[i] (low vitamin D levels are a surrogate for sun exposure). They also noted that the greatest number of heart attacks occurred in winter and early spring. These seasons, of course, are the times of lowest sun exposure. And, according to what we have learned, they are also the times of greatest inflammation.

Let there be light, and safely apply it to your skin. Be sure not to burn.