Sunshine helps to reduce chronic gut inflammation, which is usually due to two diseases: Crohn’s disease (CD) and ulcerative colitis. These two diseases are known as inflammatory bowel diseases (IBD), and worldwide, there are 800,000 people who live with those two life-long disorders. And, these diseases are autoimmune diseases, where the body attacks itself.

In addition, these diseases are hard to live with because they cause diarrhea, abdominal pain, inflammation and general misery. Each year more children contract IBD and each year, they contract it at younger ages. Most noteworthy, in my opinion, is the fact that IBD is, to a great extent, a sunshine deprivation disease. Children’s sunshine deprivation is horrific because it is child abuse, due to erroneous messages of dermatologists, AKA the Powers of Darkness.

Especially relevant is the fact that sunshine may profoundly decrease IBD. And, new research shows that the anti-inflammatory effects of sunshine are remarkably helpful.[1]

And here are the salient messages of this new sunshine research:

Also, I should add that what is true for these children is also true for adults. Read more in the new book, Embrace the Sun, by Marc Sorenson and William Grant. https://www.amazon.com/Embrace-Sun-Marc-B-Sorenson/dp/069207600X

So be sure to obtain regular, non-burning sunshine, whether for yourselves or your children. Happy sunning! 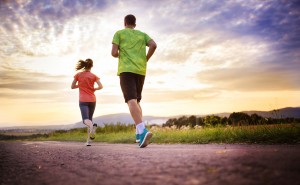 Inflammatory bowel diseases (IBD) include diseases such as Crohn’s disease and ulcerative colitis. Like multiple sclerosis, lupus and rheumatoid arthritis, they are autoimmune diseases that cause the immune system to attack its own tissue, in this case the tissues of the digestive system. This may cause extreme distress and damage.

Recent research shows that the IBD is associated with both sun exposure and vitamin D deficiency.[1] In experimental IBD, vitamin D positively influences gut epithelial cells, innate immune cells, T cells, and the microscopic organisms that live in the gut. Separately from vitamin D, there is some scientific work that demonstrates that ultraviolet radiation (UVR), a component of sun exposure, can independently reduce IBD cells.

The authors of this research sum up their research with the following statement: “Together the data suggest that UVR suppression of T cells and potentially IBD are both vitamin D dependent and independent.”

Of course, we know that the natural way to obtain vitamin D is through sun exposure, so to me it appears that sun exposure, or sunlamp exposure, when available is the best method of suppressing the disease. Of course, proper nutrition is also imperative.

Many previous investigations have shown the remarkable positive influence of sun exposure on IBD. In a 12-year year investigation of hundreds of thousands of IBD patients, hospitalizations and prolonged hospitalizations were higher among those who had low sun exposure compared to those with very high sun exposure.[2] The same relationship was shown between sun, bowel surgeries and deaths; more surgeries were needed for those patients who experienced the lowest sun exposure compared to those who had the highest sun exposure, and more deaths occurred among those with low exposure.

An interesting side note to this investigation was that a large number of non-IBD patients were also analyzed for sun exposure amounts. The same relationship existed as with the IBD patients; low sun exposure was associated with prolonged hospitalizations and more deaths when compared with high exposure. There is other research involving the association of Crohn’s disease to sun exposure, which, as above, found that surgery for the disease was significantly reduced among those patients who received more sun exposure.[3]

It has also been shown that in the US, there is a north-south gradient for IBD,[4] [5] [6] [7] meaning that the risk of developing IBD is significantly lower for the southern latitudes (where sun exposure is greater). So for a healthy gut, sun exposure plays a vital role. Be sure to get some sun exposure daily when available. That way, you will obtain your vitamin D, along with other photoproducts that may protect you from IBD as well as myriad other diseases.

I Feel it in my Gut: Sunlight Exposure is Associated with a Reduced Risk of Inflammatory Bowel Disease (IBD)

IBD consists of two primary diseases, ulcerative colitis (UC) and Crohn’s disease (CD). UC is a chronic inflammatory condition characterized by relapsing and remitting episodes of inflammation limited to the mucosal layer of the colon. [1] Crohn’s however, can involve any part of the gastrointestinal tract from the mouth to the anus but most commonly affects the small intestine or the colon or both.[2] The most common symptoms of IBD are abdominal pain, weight loss, fever, rectal bleeding, skin and eye irritations and diarrhea.

An interesting side note to this investigation was that a large number of non-IBD patients were also analyzed for sunlight exposure amounts. As with the IBD patients, low sunlight exposure was associated with prolonged hospitalizations and more deaths when compared with high exposure.

French research has shown that high residential sun exposure is associated with a low risk of CD,[4] but not UC. Women who were in the highest third of sunlight exposure had only half the risk of CD compared to those in the lowest third, but UC was increased 21% by high sunlight exposure. This study was the only one I have seen—other than studies on non-melanoma skin cancer—that indicated a positive association of sunlight exposure with disease risk. None of the other studies mentioned here showed that relationship with UC.  Another interesting side note to this research was that vitamin D intake was not associated with decreased risk of CD.

It has also been shown that in both Europe and the US, there is a north-south gradient for IBD,[5] meaning that the risk of developing IBD is significantly lower for the southern latitudes (where sunlight exposure is greater). And finally, another French study has demonstrated that low sunlight exposure is associated with an increased incidence of Crohn’s disease.[6]

So for a healthy gut, sunlight exposure plays a vital role.