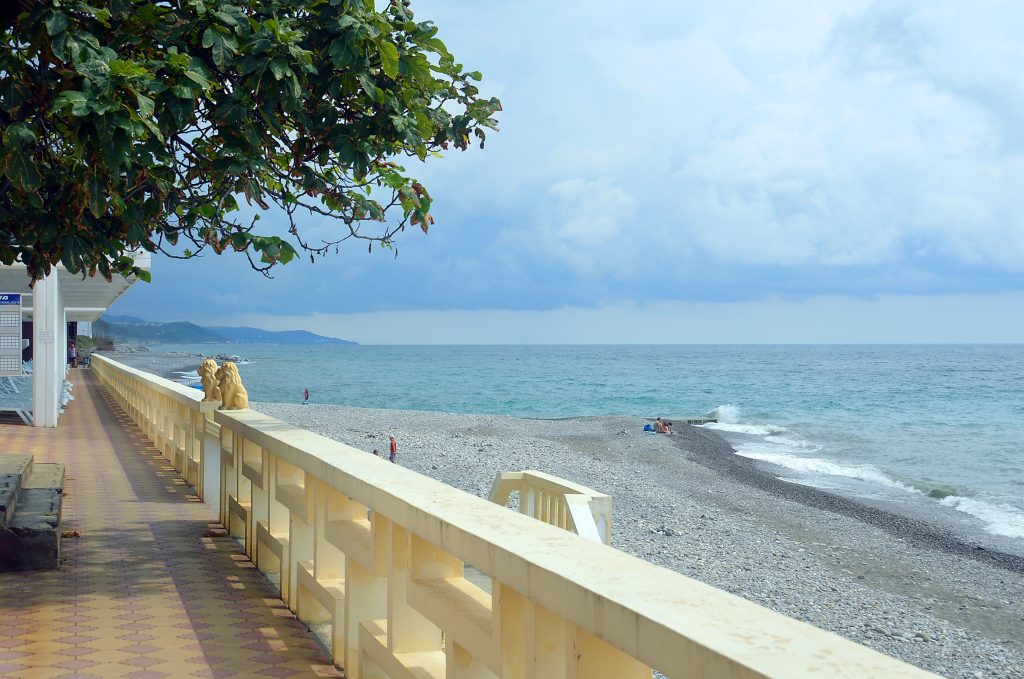 The superbugs are among us. Should we return to the use of sanatoria?

First of all, one should know that sanatoria are secluded hospitals. In addition, they usually specialize in healing through good food, fresh air and sunlight. Some scientists are now suggesting that we reestablish the use of sanatoria for healing.[1] They feel that sanatoria may be just the answer we seek for the prevention and healing of infectious diseases.

Interestingly, sanatoria were used effectively in the early 20th century (before antibiotics) and were really large outdoor solariums (sunrooms). These facilities allowed patients to be in natural surroundings, and in some cases, to expose themselves to direct sunlight. To demonstrate the efficacy of these facilities in curing tuberculosis (TB), consider the following history of Dr. Aguste Rollier:

Should we use sanatoria for healing TB?

First of all, records of 1,129 TB cases showed solariums cured 87% of “closed cases” and 76% of “open cases. “Among 158 patients with tuberculosis of the hip, 125 were cured and 102 “regained complete recovery of articular function.”[2] Dr. Rollier also had other successes. “During a time just following World War I, 1,746 of 2,167 tubercular patients under his care completely recovered. Furthermore, the only failures were among those who had allowed their tuberculosis to enter its most advanced stages.”[3]

In 2009, the first case of drug-resistant TB arrived in the US from Peru.[4] It was nearly 100% resistant to antibiotics. Consequently, it could cause an immense killer epidemic with the return of TB. There seems to be no answer to the “superbug” causing it. Or is there an answer? Could the sun provide a solution to this health threat? The superbugs are upon us like a bad horror movie. When they start to take over the earth, there will be few cures. But, UV light from the sun, or sun lamps, are remedies that still exist. Therefore, we would be well-advised to have our defenses set up in advance by enjoying daily sun exposure.

Another more recent historical perspective regarding sanatoria and sun exposure.

I recently happened across research that should be of interest to those who love the Sun. It gave a historical perspective of TB in the city of Bern, Switzerland. In addition, it showed how Bern wiped out most of its TB problems. Especially relevant is the fact that the city used lifestyle changes, not drugs. And, those changes included greater access to sun exposure.[5] The authors studied TB incidence during the period from 1856-1950. There were three areas of the city assessed for their historical TB problems. One was known as the Black Quarter, where during 1911-1915 there were 550 cases of TB per 100,000 people. The second was the City Center with 327 cases per 100,000 people. The third area was the Outskirts, with 209 cases per 100,000 people. There were three living conditions correlating closely to TB:

Consequently, the country worked to address these problems by reducing room crowding, providing open-air schools and building sanatoria. As a result, TB risk dropped from 330 cases per 100,000 in 1856 to 33 per 100,000 in 1950—a 90% drop! Also, I expect that health care cost dramatically decreased.

With the superbugs gaining strength each year, maybe we should reestablish the use of sanatoria?

Another thought: sun exposure probably works as well with many other diseases as it does with TB. Hence, the day may come when sanatoria, especially solariums, may be the only choice for curing infections. Finally, why not sunbathe daily in a non-burning fashion? In addition, sunlamps (in the absence of sunny days) could be valuable to the the health, because they also produce some of the same types of healing light (UVB and UBA) as the sun. Safely and regularly embrace the sun to protect your health!

[2] Clark, W. Treatment of Bone and joint tuberculosis with Tuberculin and Heliotherapy. Journal of Bone and Joint Surgery 1923;5:721-39. 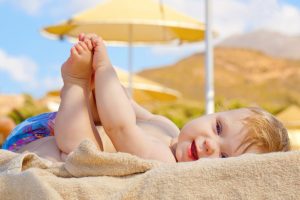 At a meeting of the European College of Neuropsychopharmacology, a most interesting research report has emerged. The summary reads thusly: Exposure to bright light increases testosterone levels and leads to greater sexual satisfaction in men with low sexual desire. These are the results of a pilot randomised placebo-controlled trial.[i]

These results should not have been surprising. Long ago, light treatments were shown to remarkably increase testosterone levels. In 1939, Dr. Abraham Myerson measured initial levels of circulating testosterone in men and exposed their various body parts to UV.[ii] After five days of chest exposure sufficient to cause reddening, circulating testosterone increased by 120%. After eight days without additional UV exposure, testosterone returned to initial levels.  When the genital area was exposed, testosterone levels increased by 200%! Considering our sex-obsessed society, it is surprising that no studies followed up on Myerson’s work. Testosterone, after all, is important in sexual behavior, since it is the “love” hormone for both sexes.

If this information reaches the public, the interest in sunbathing may increase. That would be terrific, because sun exposure would also profoundly enhance the health of those who were soaking up the sun.

Is there anything that sun exposure can’t do? Just be careful not to burn in the sun.

[ii] Myerson, A.  Influence of ultraviolet radiation on excretion of sex hormones in the male.  Endocrinology 1939;25:7-12.

Most people believe that melanoma incidence is increasing rapidly, and that complete avoidance of sun exposure is the answer to preventing the disease. And of course, we must always wear sunscreen, even in the winter. Occasionally, however, there are research studies that belie those beliefs and quite simply show that sunscreens are at best worthless and at worst toxic.

A very-well-done piece of research in Northern Europe compared melanoma incidence rates with sunscreen use during a period of time from 1997-1999 to 2008 and 2012.[1] One of the most interesting findings was that higher income people had significantly higher melanoma incidence, and that increased sunscreen use by those people had not prevented them from being at higher risk of melanoma. In other words, we see this equation: Higher sunscreen use=higher melanoma risk! We know that people who work outdoors regularly have far less risk of melanoma than those who work indoors.[2] This research backs that fact, because it is obvious that higher-income people spend much more time indoors that poorer people who work outside. Those higher-income people also have more money to spend on sunscreens.

Possibly one of the most profound assessments of sunscreen use and melanoma risk was done by Case Adams, a naturopath. In an article entitled Melanoma Rates Double as More Use Sunscreen, Fewer Sunbathe,[3] he analyzes sunscreen sales statistics from Prezi market analysis. He then demonstrates that sunscreen sales between 1982 and 2012 increased by 38 times or 3800%. During the same years, melanoma risk doubled! He also notes that the number of people who sunbathe has profoundly decreased. Anyone who thinks that increasing sunscreen use has led to a reduction in melanoma is wandering around in the darkness of denial! Dr. Adams also makes this interesting statement: “Thus we cannot logically equate the growth of skin cancer with an increase in sun exposure.”

The best protection against melanoma is regular sun exposure. Safely enjoy it!

Sunlight exposure is said to cause melanoma, which is false, as we have said many times in this blog. However, other cancers are seldom mentioned by those who would frighten us away from the sun, because the facts don’t fit their agenda. Most major cancers are profoundly reduced by sunlight. Let’s first take the example of prostate cancer (PC) risk, which has been known for at least 15 years to be associated with low sunlight exposure.

Researchers reporting their findings in the British medical journal, Lancet, compared sunlight-exposure history to the risk of contracting the disease, and they found that children who sunburned had about an 82% reduced risk of contracting PC as adults.[1] Of course, no one is recommending sunburn as a preventive measure against prostate cancer. In this case, sunburn served as a surrogate measure for a lot of sunlight exposure. Other measures of sunlight exposure similarly showed protective effects. Regular holidays in warm areas were associated with a 51% reduced risk; a high sunbathing score was associated to a 17% reduced risk, and very low sunlight exposure was associated to a tripling of risk. The researchers stated the following: “These findings are compatible with UVR having a protective role against prostate cancer.”

So why do the anti-sun groups such as the American Academy of Dermatology and the Skin Cancer Foundation mention only skin cancer and neglect to give life-saving information regarding other cancers such as PC? That is an easy answer. Both organizations make big dollars by keeping us in the dark. Follow the money to the sunscreen manufacturers, who have a cozy financial relationship with these supposedly “clean” cancer organizations.

So men, safely sunbathe and get outdoors as much as possible. Your prostate will love you for it.