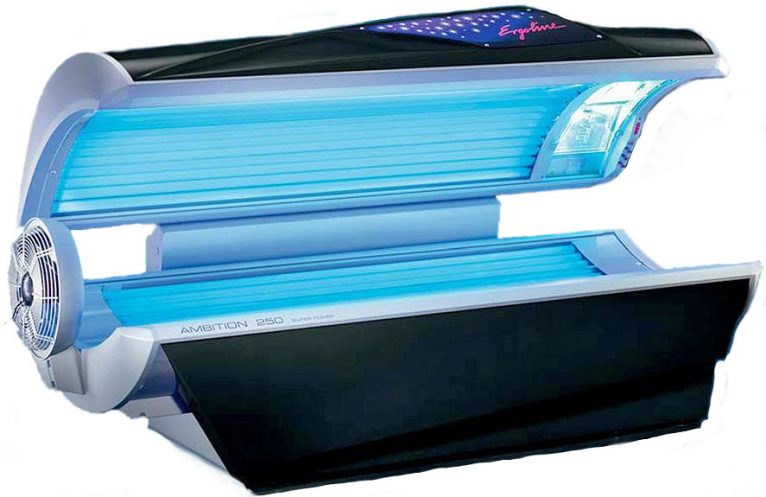 Sunbeds can be healthful devices. By Marc Sorenson, EdD.

Sunbeds, also known as tanning beds, have many healthful properties. They produce vitamin D, strengthen bone and reduce the risk of major cancers. Yet, sunbeds are much maligned as being a major cause of melanoma. Thus, teens in many areas have been banned from using them by misguided legislation. In addition, tanning- salon owners must live in fear of government overreach that could put them out of business.

But new research shows that the attack on sunbeds is misguided.

Because of this uproar, a group of scientists (some dermatologists), led by Dr. Jörg Reichrath, did a thorough research review. Furthermore, they published their findings in the scientific journal Anticancer Research, which presented truth about melanoma and sunbeds. This information is most noteworthy since it is contrary to the prevailing papers that emanate from the Powers of Darkness. The Powers of Darkness are those who love to attack both sun exposure and sunbeds.

At this time, I must make a point. Those who are regularly in the sun have stronger bones and less cancer than sun avoiders. So I’m not sure what “extensive” sunbathing entailed. And, another point is this: As time spent in the sun has decreased profoundly in both Europe and the U.S., melanoma has increased exponentially. Read my book, Embrace the Sun, to see the discussion on this topic.

Could sunbeds actually decrease the risk of melanoma?

Another salient finding of the research review: A study from Europe showed that sunbed use was associated with a 30% reduced risk for developing melanoma. Reichrath and colleagues made this comment on that study: “Those findings indicate that solarium [sunbed] use may even have a protective effect.”

Sunbeds: beyond melanoma. Here are a few truths about sunbeds that are seldom discussed:

The transcendent sunbed study showed that during 20-years, women who used them reduced all-cause mortality by 23%.  So let’s suppose that that there were some health problems with using sunbeds. That negative possibility pales in comparison to the remarkably reduced risk of death, does it not? And, I am not stating that there were negatives for sunbed use in this research.

What are some of the reasons that sunbed use is associated with a lower risk of all cause death?

Another investigation showed that sunbeds were associated with a reduced the risk of breast cancer.

Also, they are useful in treating psoriasis and other skin disorders.

Sunbeds are also useful in treating pain and in improving mood.

Finally, these devices have been shown to associate with lower clot risk.

The takeaway from all of these studies is that there is no credible research that melanoma is increased by using sunbeds. And, sunbeds have remarkably healthful effects. When receiving sun exposure or using sunbeds, be sure not to burn.

For more information, read the book, Embrace the Sun.