Are you Bipolar or Suicidal? Try some midday Sunlight!

Home Uncategorized Are you Bipolar or Suicidal? Try some midday Sunlight!
Uncategorized / 10.19.2017 / 1 Comment

Are you Bipolar or Suicidal? Try some midday Sunlight! 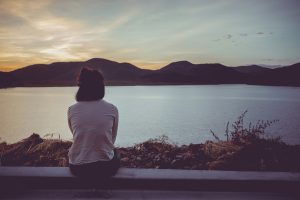 Bipolar disorder, or bipolar depression, may lead to early death. It is a mental condition characterized by alternating mania and depression, usually interspersed with normal mood. And, it also may include psychosis. Because of the alternating moods, bipolar disorder was previously called manic-depressive illness. The word “manic” means excessive activity, euphoric mood, and impaired judgement.

Bipolar disorder affects about 5.7 million adult Americans, and one in 5 people who have the condition commits suicide. Furthermore, the U.S. has the highest bipolar rate in the world.[1]  Bipolar disorder is also the sixth leading cause of disability in the world. In addition, it results in a 9.2-year reduction in the expected life span.[2]

New (and very exciting) research demonstrates that bright-light therapy has a profound and positive influence on this disease.[3] The researchers conducted a 6-week program to investigate the value of bright light therapy at midday for bipolar depression. The study participants were chosen from depressed adults who were receiving stable dosages of anti-manic medication. The subjects were randomly assigned to treatment in one of two groups: the bright-white light (7,000 lux) group or dim-red light (50 lux) group.

At the end of the six-week period, 68% of the bright-light group went into remission of their bipolar problems, compared with 15% of the dim-light group. This is a most noteworthy result.

The study provides transcendently important information for those who suffer from this debilitating mental disorder. Therefore, the researchers summarized their findings thusly: “The data from this study provide robust evidence that supports the efficacy of midday bright light therapy for bipolar depression.”

The mechanism by which bright-light therapy performs its anti-depressive miracles is probably through production of serotonin in the brain. When we are surrounded by bright light, the light enters the eye and stimulates the brain to produce serotonin. Serotonin is the master mood enhancer, and anti-depressant drugs work by manipulating serotonin. Hence, these drugs are called selective serotonin uptake inhibitors (SSRI). However, SSRI often have serious, sometimes deadly, side effects. We should therefore obtain our serotonin naturally, through regular sun exposure. Why? Because serotonin can be increased by as much as 800% by spending a day in the sunlight.[4] What a marvelously simple therapy bright light is. And what is the easiest way to obtain it? Go outside during the day, for goodness sake!

It is not necessary to go outside at midday. Any time of day, when the sun is shining brightly, should work very well. However, we should never look directly at the sun. That may cause eye damage. Sufficient light enters just by being outside.

In conclusion: Safely embrace the sunlight whenever possible, and remove the risk of bipolar disorder.